With more than 19 years of B2B and B2C digital audio platform and advertising experience, Jason started in internet radio at the original Live365. Internet radio brought together his two favorite things -- music and technology. By the end of his stint at the original Live365, he was responsible for P&L across both the Broadcasting and Advertising divisions. After a stretch at eBay selling advertising and sponsorships to the worlds largest brands, Jason came back into the Live365 fold with a renewed energy and optimism for digital audio. 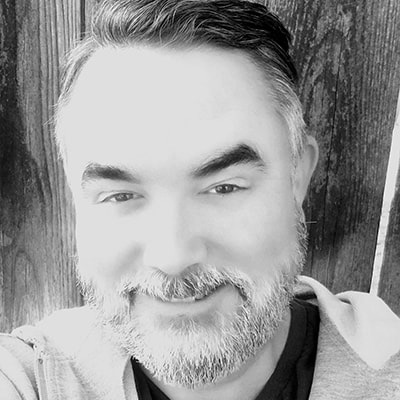 So tell us Jason, what all do you do for Media Creek?

I oversee Live365 and many of our high-listening hour broadcasters. Also, I work on our marketing and sales efforts to grow the Live365 platform.

It’s cliche, but the people are the best part. I’ve been around long enough to know that you don’t often get to work with nice, honest, hard-working people that you get along with. The level of expertise of our group is really unmatched in the industry and then to want to have a beer with them all after work is a major bonus.

I’ve consumed a lot of music and depending on what period of time you ask me about, my favorite genre changes for sure. In the 70s when I first remember listening to music, it was British Invasion stuff like the Stones and the Beatles. But, my first true love of music was what is now called Alternative, which was named Modern Rock in the 80s with bands like Joy Division, Depeche Mode, The Cure, and Love and Rockets.

The early 90s brought a big 180 to Grunge music, which was a revelation for me considering most hard rock bands before that were either Metal or Glam Rock. The intelligence, creativity, and sheer talent that came out of that movement will stay with me forever.

Not sure that answers the question? I’ll never really be able to choose one genre. My favorite genres now tend to be more in the Indie Pop and Indie Electronica realm. Bands/artists like Portugal, the Man, Royal Canoe, Billie Eilish, Phantogram, Broken Bells, Sofi Tukker, K.Flay, and Flint Eastwood, to name just a few, are definitely on high rotation.

Choosing just one, I would say Nirvana. With the 25th anniversary of Kurt’s death, it has brought back a lot of the things I thought were great about him… He was a rocker who championed LGBTQQIA+ issues and women’s equality, as well as challenged toxic masculinity. Things like these were never talked about in Rock circles (and weren’t even really talked about at all), so it was enlightening to me. His words and music spoke to me on a level that I don’t think I’ve had happen with any other artist.

What's your favorite song by Nirvana?

Probably “Come as You Are” off of Nevermind. It’s still one of my favorite songs of all time. Just haunting.

You're clearly passionate about music, so do you have your own Live365 station?

Yes I do! Gabapop on Live365 is where I like to spin my favorite new tunes. It’s even where I go to listen to the songs that are currently stuck in my head.

Other than your own, what's your favorite station on Live365?

A lot of times I listen on Live365 while working, so I really like feel-good stations like That 70’s Channel, Funkology Radio, or Boss Boss Radio. They help to keep me upbeat and I reckon back to a simpler time in music.

10 Aspects of Being an Awesome Podcast Host