Earlier this week, Lady Gaga delivered pizza, fresh coffee, and gift cards to a Red Cross Evacuation Center in Los Angeles for people affected by the California wildfires. She spent more than an hour talking with evacuees and emergency workers. 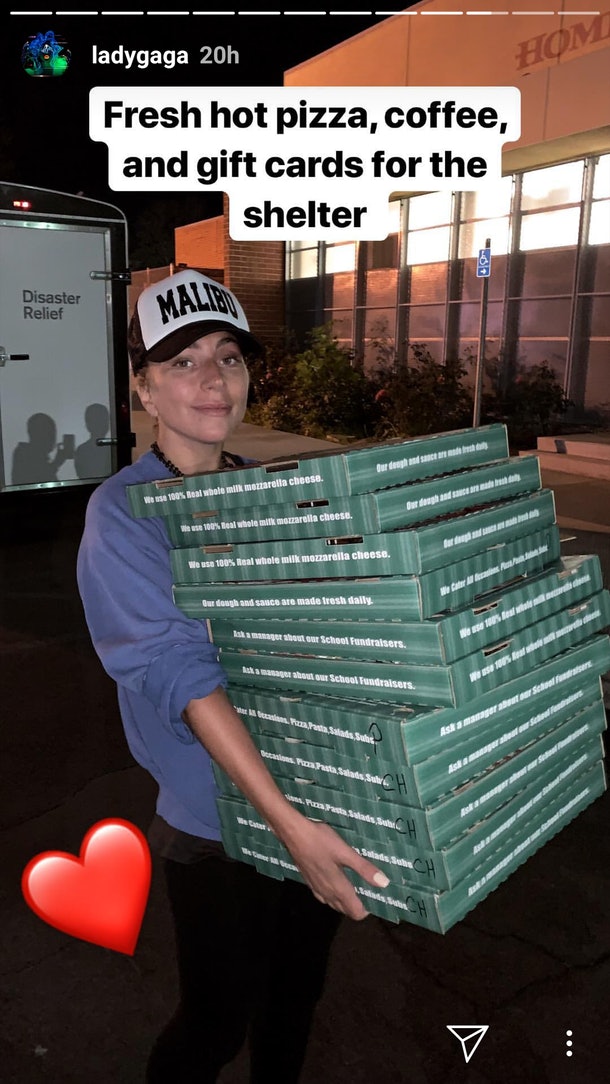 In a video posted to Twitter, the singer said "Today is my favorite day of the year -- it's World Kindness Day. I encourage you all to do one act of kindess, even if it's for yourself."

Gaga later traveled to a Red Cross Shelter at Pacific Palisades High, and encouraged evacuees to take care of themselves, asking them to not "discount [their] mental health during this time." She spoke highly of the mental health workers at the shelter and urged evacuees to speak with them.

Earlier this month, Lady Gaga was forced to evacuate her Malibu home due to the Woolsey Fire.

Two massive wildfires have been causing horrific destruction in California for nearly a week and a half. CBS reports the following (as of Nov. 17, 2018 12 PM EST):


If you'd like to help out, please look into The American Red Cross.

For all your music needs, head over to Live365.com for the best variety of radio stations around.

A Complete Guide to Having Guests on Your Radio Station

How to Come Up With an Idea for Your Podcast