The featured Media Creek, Inc. team member for the month of March is Cameron Black, one of our fantastic Senior Solutions Specialists! Media Creek, Inc. is comprised of Live365, EmpireStreaming, and Abovecast.

Cam has been involved with internet radio and digital media since 2005. Since then, he has hosted and/or produced several syndicated radio shows and has operated a few of his own stations. One of which has been streaming non-stop since 2007! These days, Cam is focused on sharing his passion for radio with others by helping them get started with building their own stations. 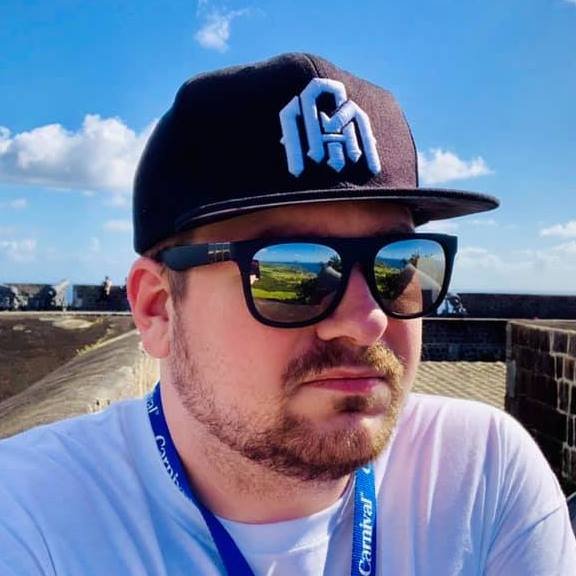 
Hey Cam, so what all do you do for Media Creek?

I do a little bit of everything! I’ve been with Media Creek (before it was even called Media Creek) since 2014, so I’ve worn several different hats over the years. I provide a lot of support for our EmpireStreaming and Abovecast brands, as well as support for Live365. I work one on one with many of our customers to take care of any needs they might have, including taking care of initial deployments for many of our larger/terrestrial clients as well. I’ve done everything from sales, billing, deploying and maintaining mobile apps for our clients, and more. I also do a lot of behind the scenes work on some of our internal systems and infrastructure. I’ve truly been a jack of all trades around here and I love every minute of it.

I would have to say that working with such an incredible team who are truly experts in this field has been incredibly rewarding. I’m privileged to work alongside the best people in the industry where I get to learn something new every single day.

This IS a tough question. I’ve always gravitated towards Classic Rock. What is typically classified as “Classic Rock” does seem to change as the years go by, but the 70's and 80's era of rock is generally what I lean towards. And even though you did say just one genre, a very close second place would have to go to Progressive Metal.

It’s so hard to answer this with just one artist! My “favorite” does tend to change from time to time. I think a band that I would say is a favorite, and one that I can always listen to without getting tired of them would have to be Rush. On the Progressive side of things, I’m also a huge fan of Dream Theater.

What's your favorite song by Rush?

Rush’s “Limelight” would have to be at the very top of my list.

So I know that you have a few of your own Live365 stations, which one is your favorite?

Yes, I do actually have several! But the one I enjoy the most is a Classic Rock station I run called Classic Rock Stop.

Other than your own, what's your favorite station on Live365?

Jason Aldean to Receive ACM Artist of the Decade Award