Team Member of the Month, Feature

Mike started as an intern and then salesperson at KABC-AM in Los Angeles. At the time, they broadcasted the Dodgers and they were the #1 billing radio station in the U.S. When the Dodgers left, he did too, and he moved over to KFWB-AM, an all news station in LA. Then along came "Internet 1.0," and he jumped to SoundBreak, a start-up livestreaming site founded the same year as Live365, 1999. They streamed the music, but also the live video from the studio, which was either the DJs having fun and talking to listeners in-chat or bands performing live. From there, he went to Metro Traffic, a division of Westwood One Radio, where he eventually ran ad sales and operations until the division was sold to iHeartMedia. He took that opportunity to go to Triton Digital, back to the digital side of audio. That was 2012. Since then, he has continued to run ad sales (with some publisher sales mixed in) for companies and founded his own company, AudioCatapult, just under three years ago. 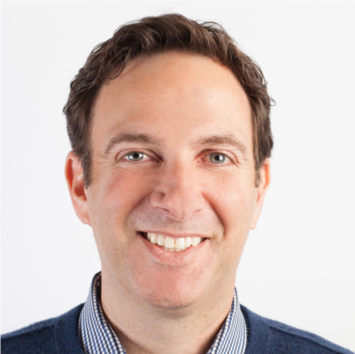 Hi Mike! To start off, what all do you do for Media Creek?

My focus with Media Creek is the demand side of audio advertising. I work to monetize our inventory globally by creating demand partnerships with ad networks and other programmatic partners. I also work with the Biz Dev team to build the Empire Audience Network's revenue strategy, which includes enhancing our publisher inventory to increase fill rate and CPM.

I have worked with some great people and teams through the years, but the Media Creek team is absolutely the most talented, intelligent, innovative, and dedicated team I have been a part of. It’s extremely rewarding and motivating.

Although it's a tough question, if you had to pick just ONE music genre to listen to for the rest of your life, what would that be?

Now the hard questions begin. Can I say rock? Is that too broad? I love everything rock - Zeppelin, Petty, U2, Foo Fighters, Muse, Awolnation, Coldplay...

Let's get more specific! Who is your all-time favorite rock band/artist?

U2! Hands down! Boy, their first album, came out when I was 12 and their music has been speaking to me ever since. I love that a band can stay together and continue putting out new and different music. U2 does so much good in the world too. They use their fame and platform for all the right reasons.

What's your favorite song by U2?

No way I can pick one. "Bad" off of The Unforgettable Fire is way up there. The live version is insanely good. Also, "Ultra Violet (Light My Way)," off of Achtung Baby, one of the best albums ever constructed. I kind of feel like I’m cheating on Joshua Tree when I say that. I have to throw "Walk On" in there too. They performed it live from London for the 9/11 Tribute, just a few weeks after the attacks.

Do you have your own Live365 station?

I don’t, but talking to you has given me an idea for two stations. Stay tuned...

What Live365 station do you find yourself tuning in to most often?

I listen to Third Rock Radio by NASA. I also like WVBR-FM out of Ithaca, NY. It’s the alternative that matches my taste the most.