Written by Yankovic, it features illustrated interpretations of over 20 of his classic tracks. Contributing artists include Bill Plympton, Aaron Augenblick, Peter Bagge, Wes Hargis, Jeff McClelland, and more. The book also features cover art by Drew Friedman and an introduction from comic Emo Philips, who is opening for Yankovic on his massive North American tour. The graphic novel is set to be released later this year, in late November.

Illustrated Al will be available in paperback and hardcover formats, with oversized hardcover deluxe editions also available. Deluxe editions include a wax pack of collector’s cards illustrated by Danny Hellman, a 3-piece art print set from Jesse Philips, a vinyl slipmat, and drink coasters. With the super deluxe edition, fans can get all of the goodies mentioned plus Al-signed books and a special “Weird Al” Yankovic branded mini-accordion. 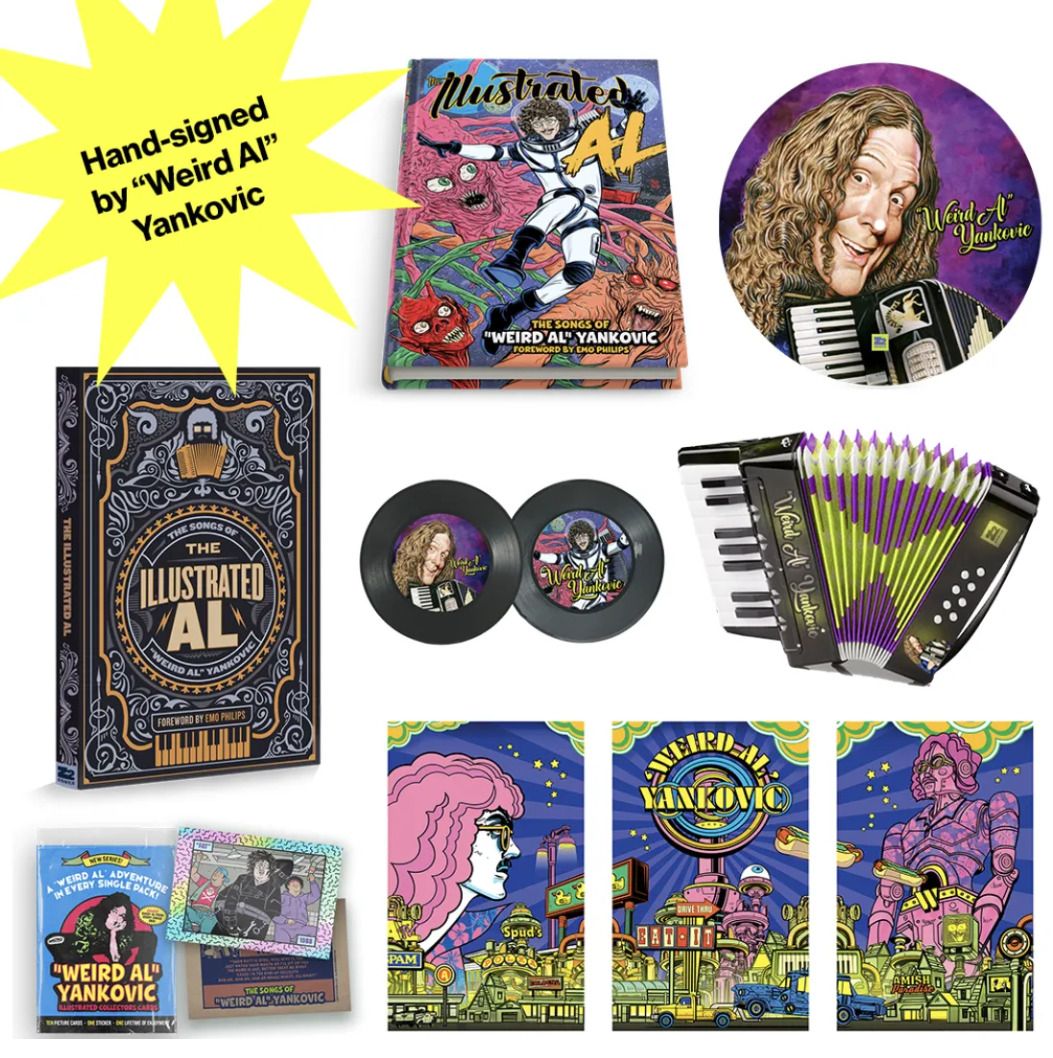 “It’s such an incredible honor to see my song lyrics brought to life by some of my all-time favorite cartoonists and illustrators,” Yankovic said in a press statement. “I’ve actually been playing the long game—the only reason I spent four decades in the music business is so that one day I could have my very own graphic novel.”

Josh Bernstein of Z2 Comics added: “I don’t remember a time in my life before ‘Weird Al’ Yankovic and, frankly, I don’t want to. His music, lyrics, artistry, and humor have been a constant influence in my career. Having Z2 assemble this all-star roster of the greatest living cartoonists to collaborate with Weird Al has been a dream come true. I hope both new and long-time Al-fanatics appreciate the love, care, and insane art that is going into this project. As always, we dare to be stupid.”

The news of a graphic novel is just the latest thing keeping "Weird Al" busy. Besides his current tour, the parody artist has been busy developing his upcoming Roku Channel biopic – which stars Daniel Radcliffe as the accordion-donning music man. The film is set for release this fall.

Going back to the graphic novel, you can pre-order The Illustrated Al: The Songs of “Weird Al” Yankovic here.

See "Weird Al" and Z2's announcement of the graphic novel below.