It's another week and another Tuesday, so you know what that means...it's time for another ShaqFu Radio Featured Artist of the Week! This week's featured artist is OutKast!

OutKast is an American hip-hop duo comprised of André 3000 and Big Boi. OutKast began in 1991 when André 3000 and Big Boi created the group as high school students. In 1994, OutKast released their debut album Southernplayalisticadillacmuzik and since released 5 more studio albums and a greatest hits album. Over the years, the duo has achieved both critical acclaim and commercial success and has helped to popularize Southern hip-hop. While the members have been pursuing solo careers since 2007 and have only reunited in 2014 to perform at festivals worldwide for their 20th anniversary, the duo is one of the most successful hip-hop groups of all time. OutKast has won 6 Grammy awards, sold over 25 million records, and is regarded as one of the most influential and innovative hip-hop acts of all time.

Aside from the fact that Big Boi and Shaq both have investment portfolios, including their investments in Chamillionaire's app Convoz, the internet does not provide much to show for interactions between Shaq and OutKast. So, enjoy this Shaq and OutKast themed meme below! 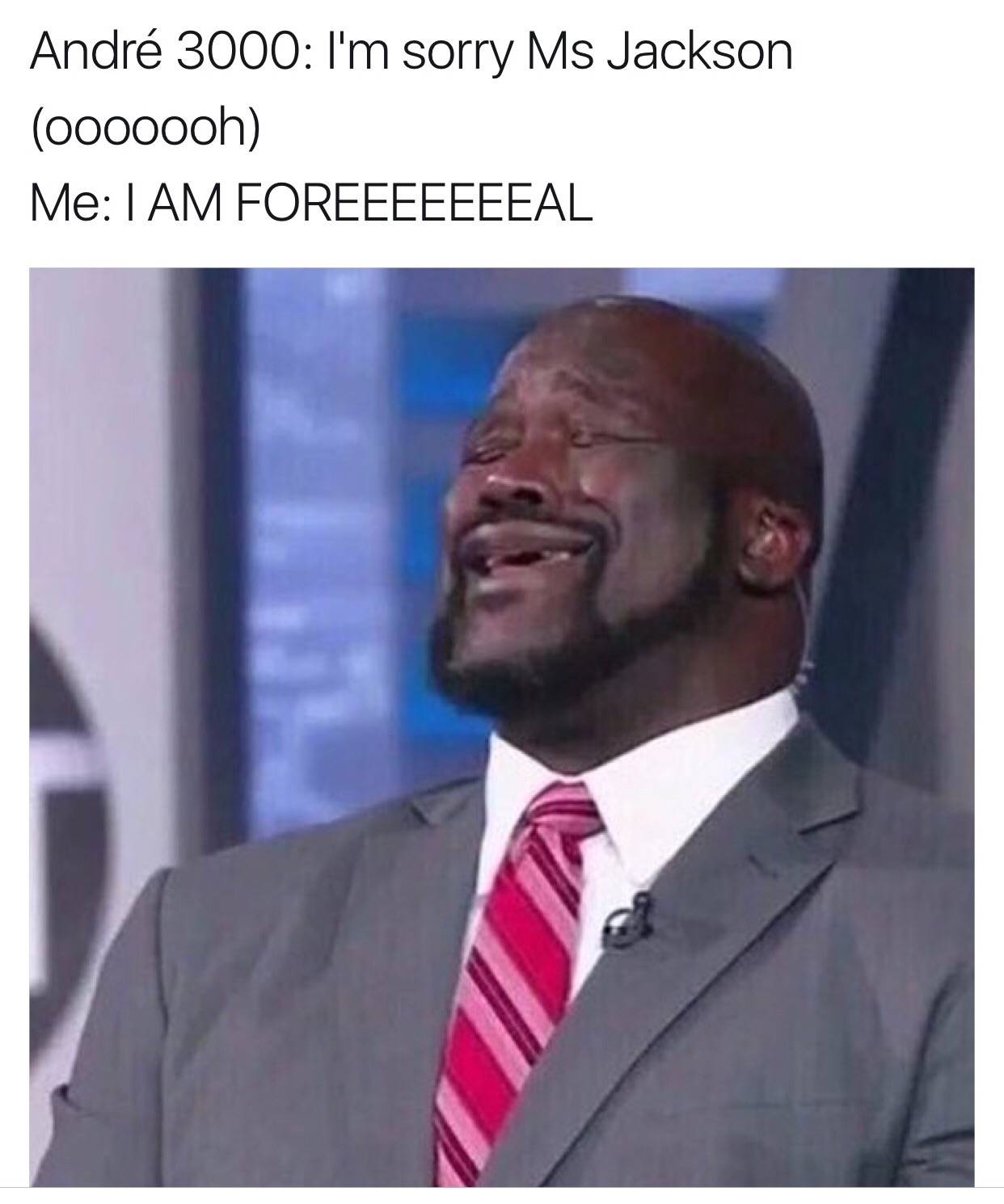 Check out 5 of OutKast's biggest hits below.


Tune in to ShaqFu Radio now! Head over to: https://live365.com/shaq

Metallica Teams Up With Brewing Company